The achievements of our alumnae community perfectly reflect the breadth of talents and skills that are nurtured by a Godolphin and Latymer education.

We have an active alumnae network with many Old Dolphins returning to enrich our higher education offering through careers, networking and university programmes. If you would like to take part in these programmes please click here.

If you have lost touch with the school and would like to reconnect please contact the Development department here.

Old Dolphins are valued members of our school community and inspiring role models for our girls who follow in their footsteps.
Dr Frances Ramsey, Head Mistress 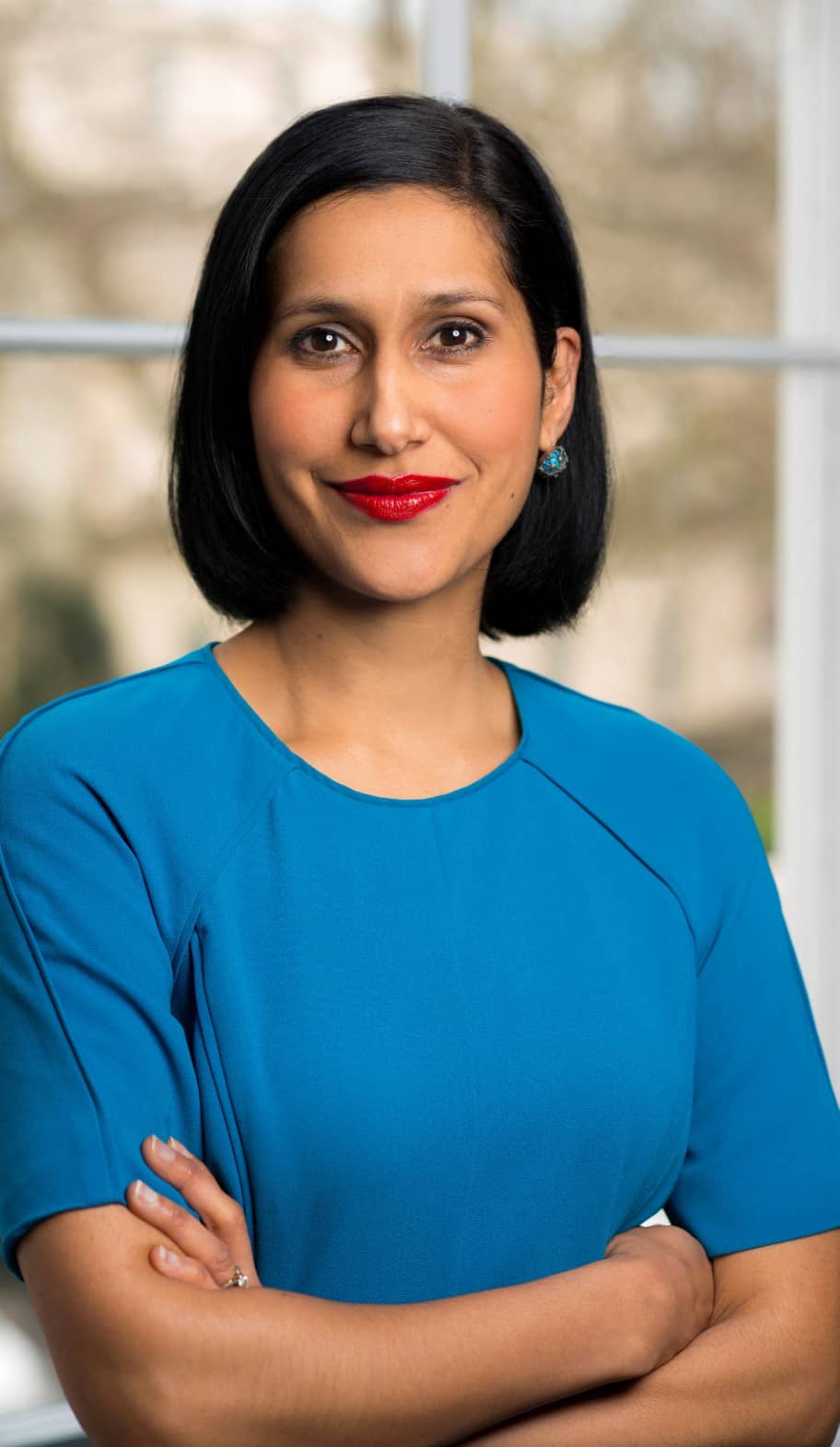 
CEO of the Royal Academy of Engineering

Dr Sillem is the first female CEO of the Royal Academy of Engineering and is co-founder of its Enterprise Hub. She is also a trustee of the London Transport Museum. Since her appointment in 2018, Dr Sillem has focussed the Royal Academy’s efforts on increasing the inclusivity of women and minorities within British engineering companies.

After leaving Godolphin, Hayaatun went on to study Biochemistry at Oxford University before completing a PhD with the Institute of Cancer Research. Dr Sillem held several positions at the Royal Academy before being appointed as CEO. Throughout her career she has taken an active role in encouraging women leaders in STEM.

Dr Sillem recently featured in the #forcesforchange issue of Vogue. The feature focusses on fierce innovators who have paved the way for a new generation of talent which is set to transform the decades to come.

ALUMNAE NEWS STAY UP TO DATE

Many congratulations to our International Baccalaureate students on their superb results.

We are extremely proud of Nina, Year 8, who has so far raised an incredible £8,000 for ActionAid after hearing about the work that they do at a talk at the school’s PPE Forum.

Congratulations to all of our students in the Institute for Research in Schools cosmic mining club who were awarded a ‘highly commended’ for their excellent poster designed for the Spring IRIS Conference which was sadly cancelled due to coronavirus.

Last Monday Godolphin hosted an online debating tournament, featuring twenty teams from ten schools, including three from the USA - two from California, and one from Connecticut.

We’re very proud of our Head Girl, Jessie Pitsillides, and her fellow Sixth Formers who have been providing a free online mentoring and tutoring service to local primary school pupils during the current pandemic crisis.

Congratulations to Chloe, Lauren and Josie for their entries in the Music department's Composition Competition, where Godolphin musicians were tasked with writing and performing a short piece for a solo instrument.